Although everyone seems to love doing it, comparing different Martial Arts is like comparing badminton, Tennis or volleyball to Basketball, Lacrosse or Hockey simply because they all use a net.

Sure, there are similarities and common aspects, but we're talking about a multitude of distinctly different disciplines. The athletes involved in MMA and other combative training possess different skill sets, face different demands, plus the rules vary and the objectives of the sports are not the same.

In spite of all of this, the mainstream media and even figureheads of the respective sports continue to pit different Martial Arts against each other and create comparisons that, beyond the surface, don't really exist.

If we take 2 Martial Arts as an example, say MMA and Boxing, you can only compare stand-up. It is the most similar aspect to both boxing and the Mixed Martial Arts. Aside from that, they are both sports that are fought in an enclosed arena, a boxing ring or a cage. There is a third man in the ring, a referee, and there are judges. The athletes wear padded gloves, although both are radically different. Hand-to-hand combat is involved in the two forms and the results sometimes translate into blood, one fighter “quitting” or one who is rendered unconsciousness by his opponent, but any similarities pretty much end there.

Choking, wrestling, excessive holding, elbow strikes, throwing your opponent to the ground, stomping on your opponent's foot, sweeping his legs out from underneath him, knee strikes, leg kicks and a number of mixed martial arts tactics are not allowed at all in boxing and would typically result in disqualification. These same techniques are practiced and praised in the octagon. Most of what is illegal in boxing, scores points in MMA. That’s a pretty significant difference in approach. The bottom line is…the rules that are enforced and the very objectives being worked towards in the ring versus the octagon are NOT THE SAME. How is it that these two drastically different sports are constantly being compared to each other?

Greco-Roman Wrestling, Muay Thai, Brazilian Jiu-Jitsu and the traditional martial arts play as much, if not more, of a role in the sport of MMA than boxing does. Does that diminish Boxing? Absolutely not. MMA needs boxing and it's trainers to improve their stand up and gain a greater understanding of ring generalship.

When it gets right down to it though, some of the very basic combat techniques used in boxing don’t even transfer to the cage. The subject matter is extensive as you drill down into it, however one key example is “infighting”. All boxers use this part of their game (some refer to is as Dirty Boxing).

If you are infighting in MMA, you only want to do it in some situations and when it will work to your advantage; it's not about getting a referee to come in and break up the clinch to start afresh.; or having better inside fighting skills. You're either taking the fight to go to the ground or being taken to the ground to fight. You have to be more concerned, when you’re on the inside, if you are fighting someone with superior wrestling skills. Even if you have superior hands, the last thing you want to do is get inside where your opponent can take you down if you can't fight there.

Now let's get the crux of the matter: MMA is the best...right? It all depends on your individual objectives, needs and situation. Do some research, soul searching and gut checks. Experience what is out there and find out what works best for you. All Martial Arts offer a value, your job as an inquisitor is to find out if that value statement from different styles is true, and if it applies to you.

Looking to leap into this fantastic world? Come to Point Blank Martial Arts in Vaughan Ontario and enjoy a FREE SEMI PRIVATE lesson with the owner! We have no long term contracts, no annoying belt testing fees, no gimmicks whatsoever. Visit our website and fill out our contact form today - Make your One Day - Day one!!

Stick Fighting Seminar? Is it as cool as it sounds? - YES!!

Boost Your Health and Well Being

Bullshit is a greater enemy of truth than lies are!

Bullying - Prepare to deal with it

Do you teach Self Defense? 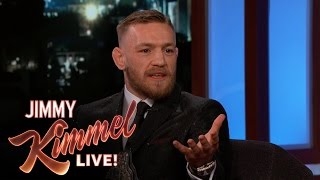 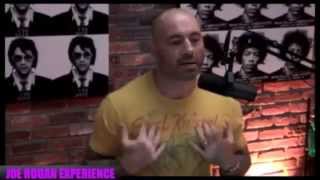 Self Defense - What are People Teaching our Kids?